I’m going to share a little bit of my journey with vaping and quitting smoking.

For any other adults out there looking for that way that they finally quit cigarettes, maybe you’ll find this helpful. Maybe it will inspire you to keep trying, be it with trying vaping or other means.

If that is you reading this, keep it up. You will succeed. 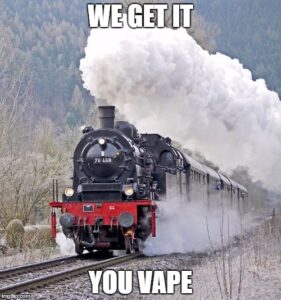 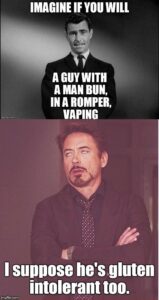 This was quickly followed by the incorrect rumors that e-juice was made with the same chemical as antifreeze, then it was popcorn lung and it could get worse. But go check out the What the F*ck is E-Liquid blog post for more about all that, this is all about me here!

But let’s be clear, e-juice usually contains nicotine. This is an addictive substance.

Now with that out of the way how did I get here?

I was a pack a day smoker from the age of 16 (for reference I was 35 years old when I started vaping). I’m pretty sure I tried at least a half dozen times over the years to quit and went through all the products – patches, gum, cold turkey, prescription medications; nothing stuck. I told myself every time that the experts said a smoker fails to quit multiple times. It’s an addiction, it wasn’t going to be easy. But as the years passed, I was feeling worse and worse. I had that morning cough, stairs were my enemy and things I didn’t notice at the time, I stunk of smoke.

So I picked up my very first vape mod, an old school Kanger pen mod. Anytime Vapors were just starting up and had just one shop! In Actually, I found them at their stall at a Hamilton area flea market, pretty sure they’re not doing that anymore. 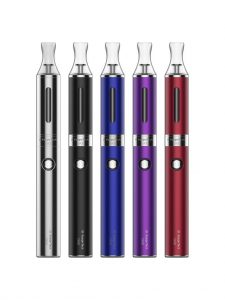 Then there were the juice flavours! Nothing compared to the selection you can find these days but Spectrum Eliquids was around then and it still is now though the flavours have changed up; at the time, cotton candy caught my fancy ( Anytime Vapors have their own line now that includes this flavour if it’s your fancy too, just ask for ______)

I did go back to cigarettes after my first try, life was crazy, I didn’t give it the true shot it needed. But I tried again and on December 21st, 2015 I had my last cigarette and haven’t touched another one to this day.

My husband also switched to vaping and let me tell you the first thing we noticed was how much money we were saving. We started saying that while smoking we were living life in Hard Mode (yeah we’re gamers).

Since then I’ve reduced my nicotine from 18mg to 3mg or less. I no longer cough in the mornings, I and my clothes don’t stink of cigarette smoke in fact, I cannot stand the smell of cigarette smoke it makes me feel physically ill these days. What else has this meant for me?

And here’s the biggest thing for me because you see, I’m a chef by trade and passion. My entire career I was a smoker until 2015. Sometime in early 2016, my sense of taste and smell started to really come back to life. I realized I had never REALLY tasted foods before. I’ve become a better chef because I started vaping.

Do I still have an addiction to nicotine, yes. But I can effortlessly go for 8 or even 12 hours without wanting or NEEDING to take a hit off my vape these days. It feels easier to not have the nicotine to quit vaping, which would be the ultimate goal here. If I forget my mod at home, I don’t worry about it. It’s hard to explain, but I just don’t feel the same craving as I did with cigarettes.